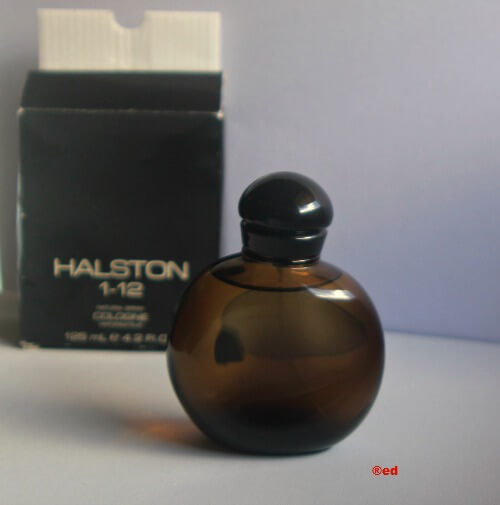 This is a thank you post to my cousin, Ate Elena, for the chocolates, cologne and wallet she brought from the US last holiday season especially for me.       How did she know that my sexy Carolina Herrera 212 for men was empty? I was planning to buy a new one before the holidays but I completely forgot. Thank you Ate Elena for a very scented gift.  Halston 1-12 Natural Spray Cologne is what I'm wearing today. It has a subtle smell and I really liked it!

The package handed to me by her sister, Ate Juliet, includes a branded and a genuine leather folder by Tommy Hilfiger. The premium smell of authentic leather when I opened the box was hmmmm, happiness! Now that I have a very handsome wallet, I thought, its an omen to save some more and I will.
To you Ate who I misses so dearly, although we never seen each other last December, I am very grateful for these gifts and I hope I could give you something in return someday. May God bless you and your wonderful family. Thank you so much for your thoughtfulness and sweetness! xoxo 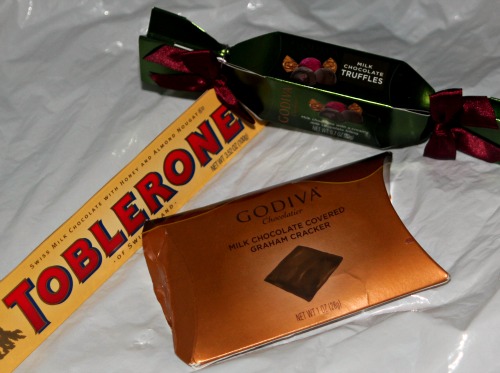 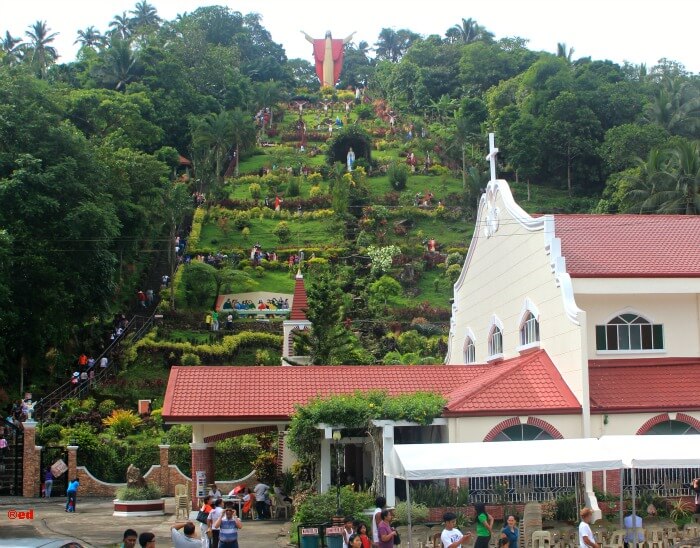 There's a sense of wonderment and something life-changing about their trip to Lucban that's half-holiday, half-pilgrimage as Rome found when he went to a retreat in Kamay ni Hesus Healing Center with his cousins and nieces early on their last day in Lucban. The healing center is just right across Batis Aramin where they stayed for two nights.
As they approach the main gate, Vio Dolorosa Grotto is seen from afar. The 5 hectares Kamay ni Hesus Healing Center is a religious complex complete with Grotto of the Ascending Christ, Rosary Hill , Gallery of saints,  Garden of Eden, Healing Church, Retreat center, Cliff Houses, and Shopping Centers/Souvenir Shops. The religious complex and healing centetr is under the initiative of Father Joseph "Joey" Ayala Faller, a gifted and well-known healing priest who also conducts regular healing masses for physical, emotional and spiritual healing on the following days;
Wednesday and Saturday - 9:30 AM Healing Mass
Sunday Mass
7:30 AM - 9:30 AM
10:30 AM - 11:30 AM
4:00 PM
Anticipated Saturday Mass Every saturday - 5 PM 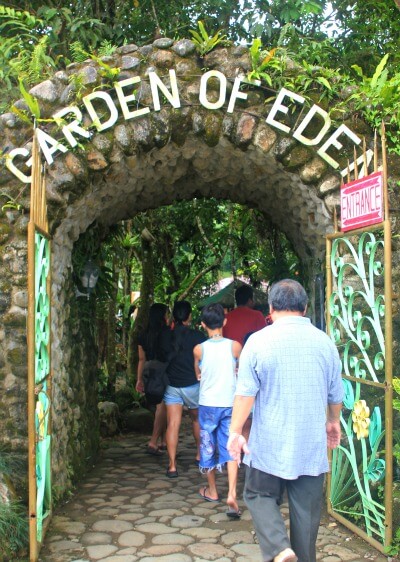 They began at the Garden of Eden where statutes of Adam and Eve depicting the creation, the temptation, and the fall are scattered in the tropical version of the garden. There were million of queries registered on the kiddos’ faces upon seeing the nude statutes. 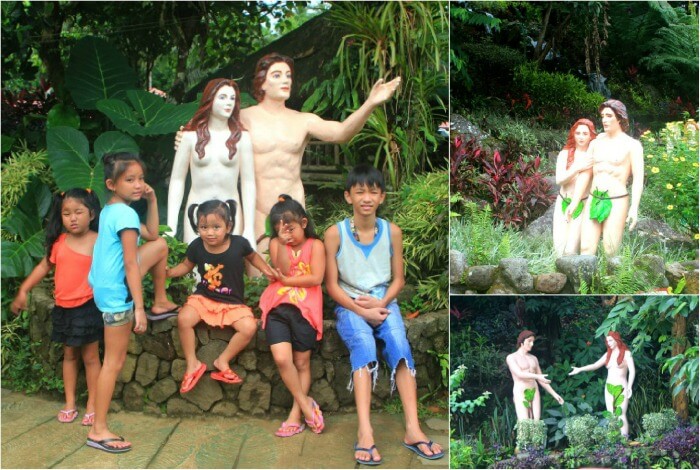 Rome heard his cousins telling familiar story to his nieces – The Story of Creation. They were listening wholeheartedly but distracted when they saw a playground and fun rides attached to the animal statutes near Noah’s Ark.  Anney let them play in one condition – they need to pose with one of the statutes, and they willingly obliged. The garden is definitely not a theme park but a fascinating educational and visionary gallery for kids. 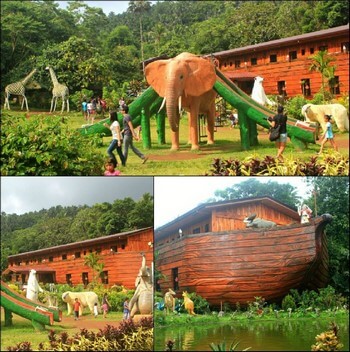 Due to limited time, they weren’t able to climb the hill where Risen Christ statue is situated.  Well, they tried but gave up when they reached almost 50 of more than 300 steps. A healing mass was being held when they went down the hill.  Rome silently prayed for a short while and promised to come back to reflect and retreat. 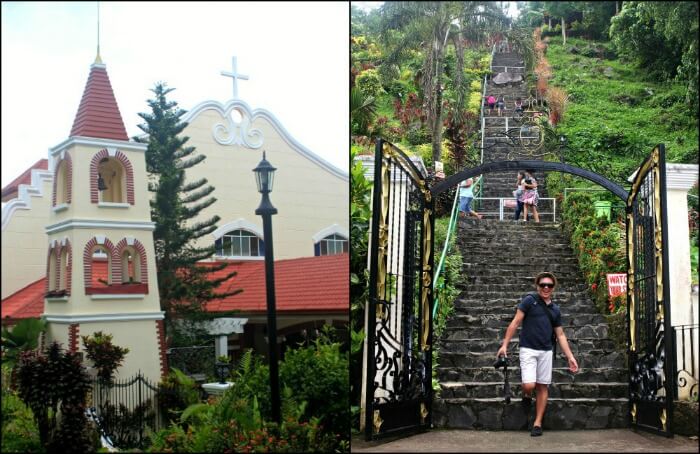 Struggling how to conclude this post about Rome's unfinished pilgrimage, let me end it  with Paulo Coelho’s quote for us to reflect on: "Pilgrimage is not a destination but a lifetime's journey". 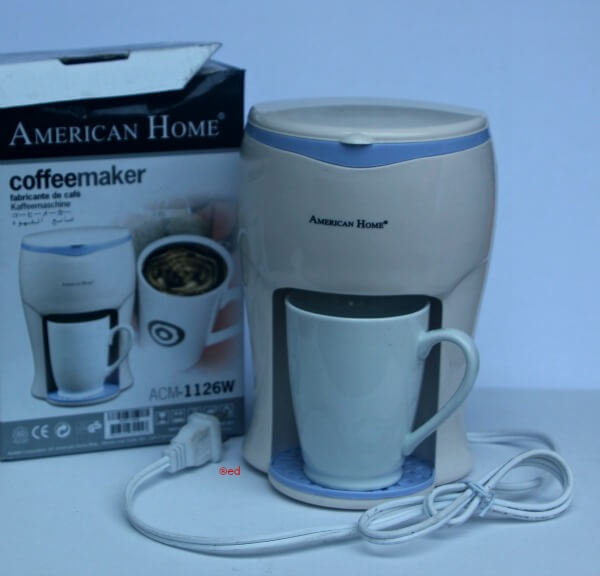 Hello foodies!
What is up? What did you do last weekend? Does it seem short because you were pressured to catch up on the chores that piled up during your manic working week? Or you just rest and relax for two fabulous days?
Whatever it was, I hope y'all had a very good time and everything's great.
As for me, my weekend was very productive. I made the long overdue portable photo studio at home,...ugh, finally! I made it from illustration board and blank canvass bought at the National Bookstore. I used this American Home Coffee Maker as my medium to check out where I could get good lighting, ahm yes, I am using natural light. This coffee maker was a gift from Peachy of The Peach Kitchen last Christmas whom I share love affair with coffees. Thank you Ate Peachy!
It was early in the morning when I shot the above picture so its kinda blue-ish. Now that my studio is ready, as I've promised couple of years ago, you could expect more recipes to be posted this year. Oh, I made Balinsasayaw soup yesterday and will be posted on Thursday :-)
Y'all gonna love it, promise. Stay tuned :-)