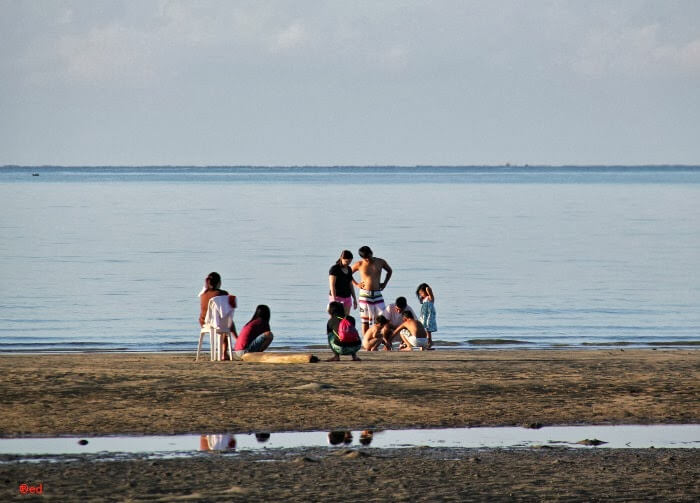 Lets have a post breaker before I continue posting my Estrellas De Mendoza Playa Resort Review. Take a look, when people are the tourist attraction...
Rome got up from bed very early the following day. He was half awake, lurking for nothing by Laiya's sea shore stretching his arms and attempting to jog until something sweet touched his face that made his eyes closed - the first hint of morning light. It was such a dramatic shades of morning light creasing the horizon... it was breathtaking. The few spectacular moments of the early morning where the splendid change of colors as the sun rises while the glitters of the night slowly fading away was magical. He admired the different shades of blue, from dark until pale. Particularly that narrow, short lived horizontal band of blue green. Soon enough, the beach was slowly crowded with people. People picking up sea shells by the Laiya beach captured his attention. Suddenly he missed manginas.
"Panginginas" or "Manginas" is the term they used in Palawan, where Rome grew-up, for picking up sea shells by the Malampaya shore.
I searched some Filipino dictionaries online and checked if that is a Filipino word but the internet didn't give me possitive result. I assume, Panginginas is a Cuyonon word. I wonder what's the Tagalog or Filipino word for that.
On 07 DecemberNo comments: