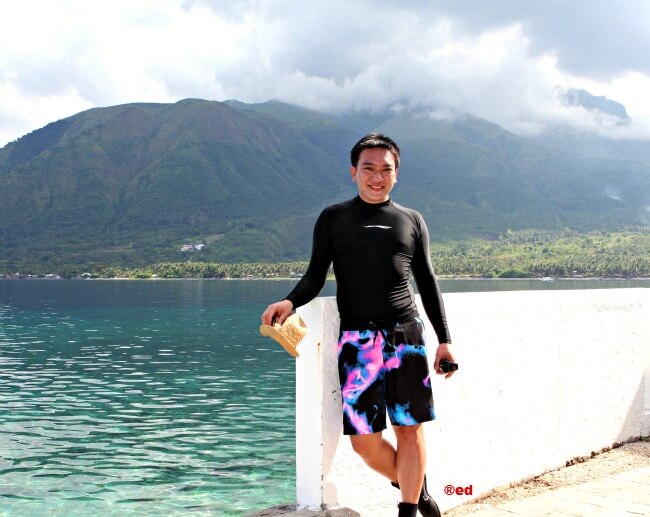 Bellaroca Island was indeed, picturesque ...and I have a lot of pictures to show you on my travel and Food blogs on my upcoming posts. I didn't intend to use my green wet suit all over again on this Greek inspired island resort. The idea is to complete a different kind of wet suit collage (which I will share to you once done). 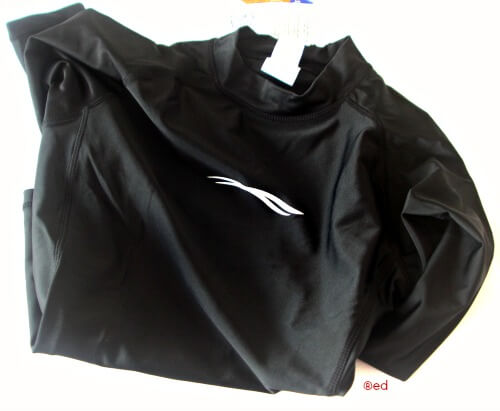 A month before our trip to the island, I decided to buy a new pair of wet suit for the highly anticipated vacation and let my green one retire. Problem was, I had a hard time finding a wetsuit that would suit me and my budget. I only had Php 1,000.00 max for this piece of wetsuit but the ones that I found in the mall was way too much of budget ranging from Php 1,500.00 - 5, 000.00. I'm not really a diver and I frequent the beach because I am more of a fresh water baby and I only want to have a new one for the photo shoot. I've decided to search the net for some bargain first before I overspend again.
Two weeks before the great escapade, my cousin Pinky bought two good pairs of Sassa wet suits with cool "girly" designs on playful colors. Sassa wetsuits are designed for girls only but their wet suits are within my allocated budget and it fits me well when I tried it. A week before the departure, I paid a visit at Sassa's outlet in Robinsons Manila and found one without much of that "girly" design but it was too large for me. It was summer season and they were running out of stock at that time but i was not loosing hope. I asked the sales lady if she could check their stock and luckily or maybe because of my hard prayers, she found the last one of my size. I bought it right away for  Php 700.00. SShhh, don't tell anyone its for girls *wink!
On 11 SeptemberNo comments:

Arrival in Bellarocca Resort and Spa 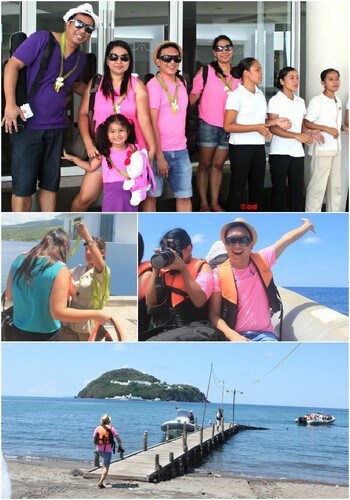 Straight from night shift, Rome met his cousins at NAIA airport terminal 3 only to found out that they were at the wrong terminal. They rode another taxi that brought them to Manila Domestic Airport which was, unfortunately,  another wrong terminal. They took another 15 minutes taxi ride to the "old terminal" as the driver called it and finally found Zest Air terminal that would bring them to the island of Marinduque. Like any other local carrier, their fight was delayed for about an hour.
Round-trip ticket was about Php 3500.00/pax at a discounted price. It was their first time to ride in such a small airplane. Rome sat by the window, and was a little bit scared when he saw the plane's propeller. Anney, on the other hand, was complaining about the aircraft's smell. There's no other aircraft that travels from Manila to Marinduque but Zest Air (three times per week), so they didn't complaint. Although their flight was delayed for about an hour, they touched Marinduque's airport safely. 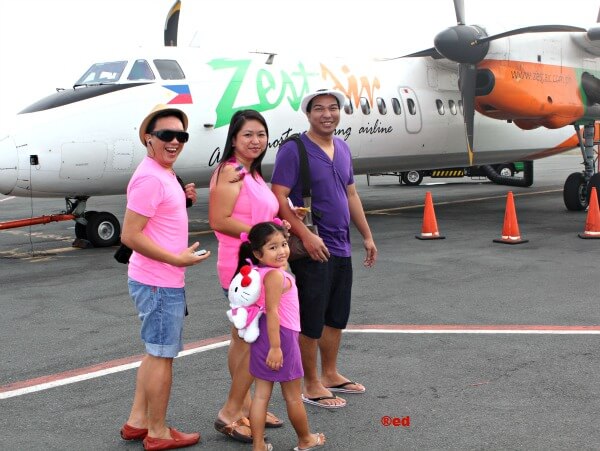 Bellarocca's airport staff were waiting at the airport and gave them a very warm welcome soon as they step out from the airport. Bottles of cold water and fresh towels were given to them so they could freshen up after their long journey. From the airport, it took another 30-45 minutes land travel to reach the port and another 5 minute speed boat ride to the island. They were treated like gods and goddesses when they arrived, the staff welcomed them with local songs, dance, flowers, and warm smiles. Welcome drinks were served at the lobby while quick orientation was also held. 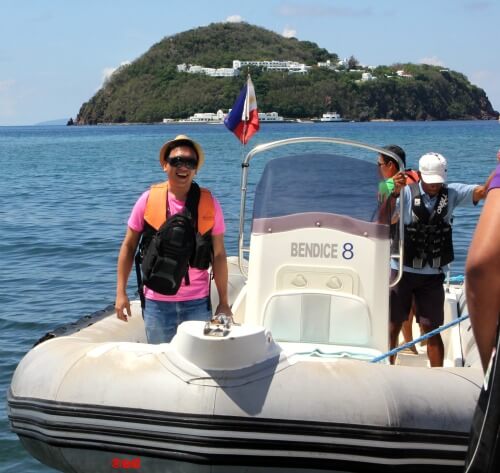