Heaven in My Eyes: Malcolm's Wagyu Cheese Burger with Bacon 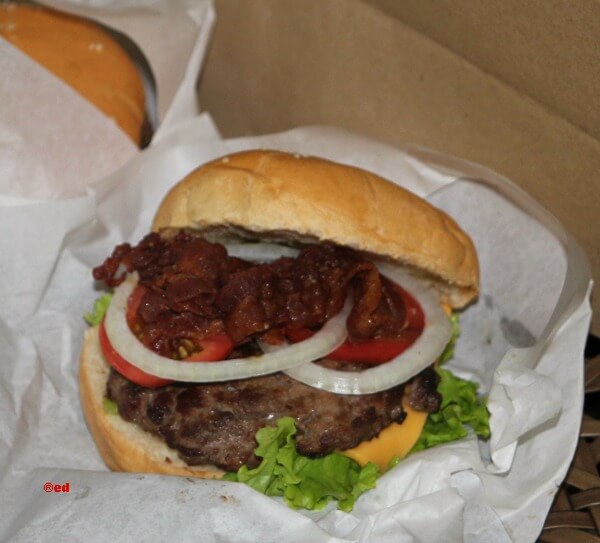 I think I heard that it's an anniversary promo when Malcolm's branch near my office in Salcedo Village Makati City held their annual "buy one take one" promotion last Friday. There was an everyday countdown on their counter prior to that day making sure we customers won't miss the mouth watering promotion.  And just like last year, my colleagues and I were looking forward to that day to experience this once-a-year-offering again. At Php 140.00 I ordered Malcolm's Wagyu Cheese Burger with Bacon which I was about to share with Donna.
At first glance, the burger's patty looks tender, juicy and tasty. There were cheese, lettuce, 2 slices tomato and 2 onion rings. Tomato ketchup and a dressing were put in a separate containers - it was all good in my eyes. The only missing though was the drooling smell of Wagyu beef that I used to crave every time.
I didn't complain and brought it to my office nearby to chow it down. The burger buns were though and aged. I was disappointed. I closed my eyes and searched for the high degree of marbling – or finely veined tender meat slash fat-that-melts-in-my-mouth but to my utmost regret, the patty was dry. My guess was, it's not Wagyu beef that Malcolm's claimed of their specialty. Veggies were crisp and fresh though.
Well, here's another culinary lesson, learned. 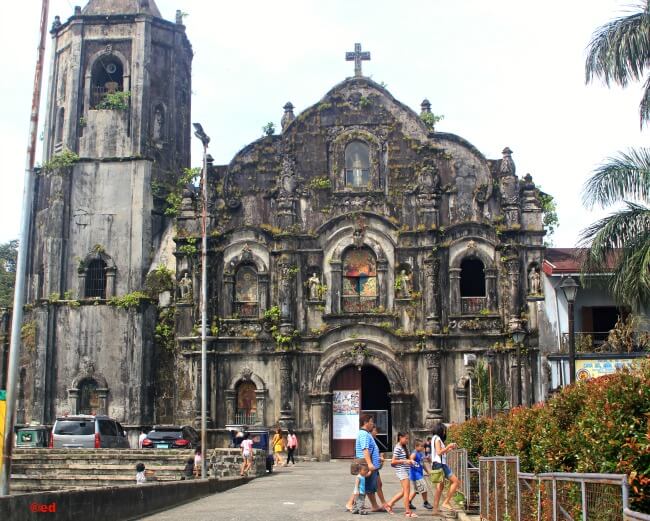 The Philippines apart from East Timor, is predominantly a catholic country in Asia. Colonized by Spain for more than 300 years, the Philippines' early citizens were converted to Christianity by the Spanish missionaries either voluntarily or forcefully. They removed all marks of other religions that the Filipinos formerly patronized before their arrival. They burned down churches and idols so that the only religion that the Philippines will recognize is Catholicism.
Since then, churches became the focal point of communities all over the country. They can often be enormous, ornate buildings which so domineering over their surrounding landscapes. Perched on the center in the humble town of Lucban in Quezon Province, surrounded by gardens, grottos and stone walls called quince-quince, the Church of Saint Louis, Bishop of Toulouse was initially created in 1595 but destroyed in 1629.

According to the facts on the tablet hanged on the wall the second church was constructed between 1630 and 1640, gutted by fire in 1733 and reconstructed in 1738. The adjacent convent was added and completed in 1743. The church was partly destroyed during the World War II in 1945 and renovated by the Philippine Historical Commission in 1966. 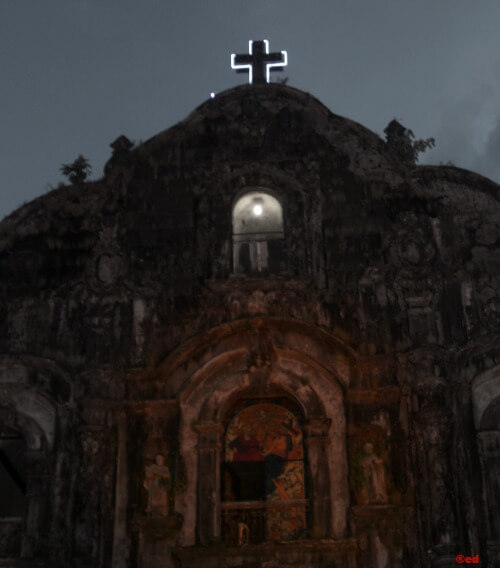 The church’s ancient bell tower stands to the right, rising three tapering levels, topped with a weathervane. Old and dingy, the grayish and dusty color shows that it has existed for a very long time. The facade and the bellower are finished with lime and cement.
It was a real good experience visiting old churches. Rome had a moment of silence for his prayers. For him, visiting this religious attraction was mentally stimulating somehow uplifting.
On 22 JanuaryNo comments: