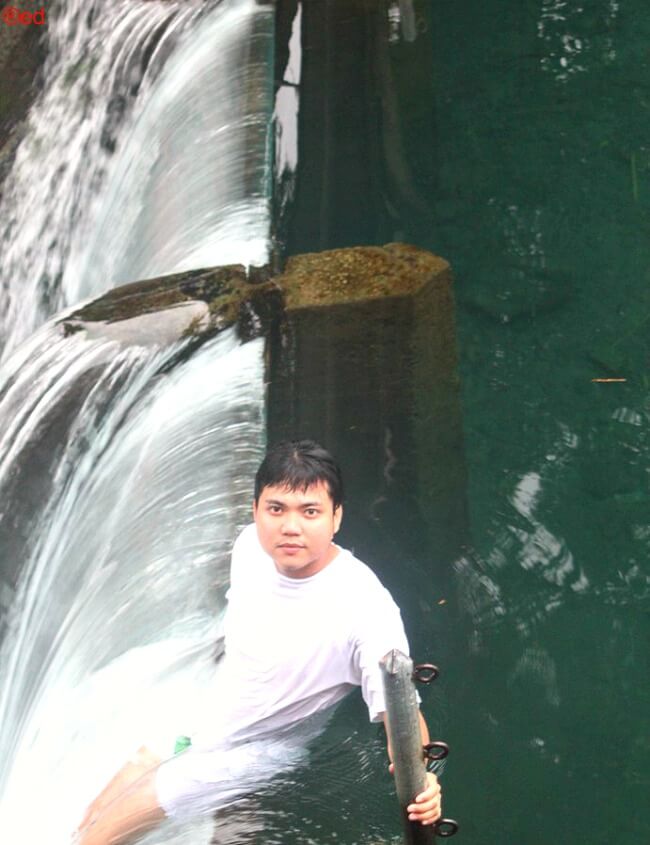 After a long day of Surfing and swimming on Sabang Beach in Baler,

we took a dip in this natural swimming pool,

washing away the stickiness and saltiness of the seawater.

with greenish reflection of the vegetation surrounding the pond, 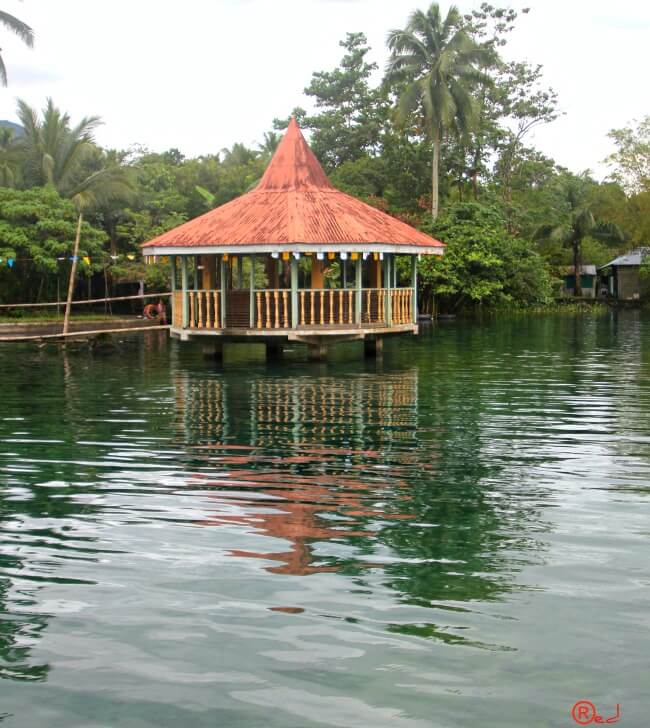 hmm...reminds me of my hometown in Palawan.

The fragrance of the province is indeed incomparable.

--oo--0--O--0--oo--
The San Luis Watershed and Picnic Ground is being manage by NIA,
the National Irrigation Administration (NIA) is a government-owned and controlled corporation primarily responsible for irrigation development and management.

It is one of the forest-depleted watersheds in the municipality covering 67%.

A picnic area beside the small dam was built with rustic cottages for public use.

The place is a coconut plantation covered with short carabao grass. 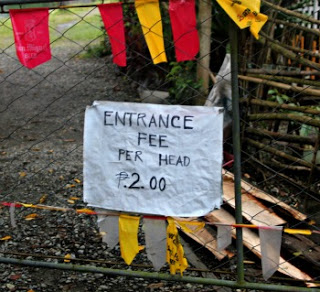 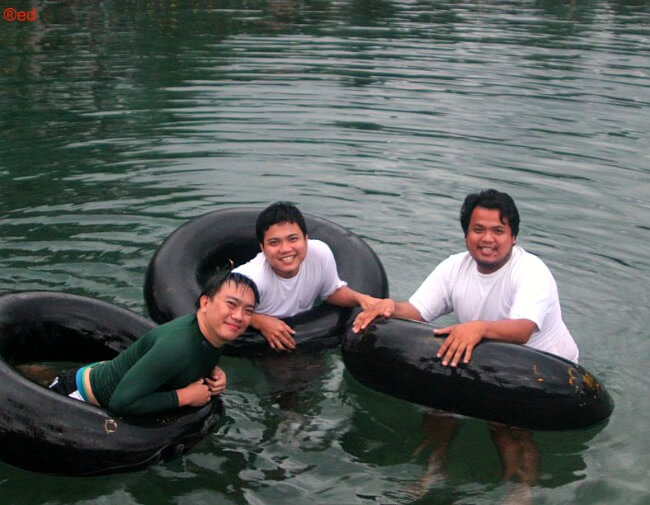 We hired a tricycle from the town proper of Baler to the neighboring municipality of San Luis (Php 100-150).

I was entertained by the breathtaking provincial sceneries,

The time slowed down for a moment.

It took us almost an hour to get there.

raced to the other end of  the natural pool,

Just like when were kids, back to the memories of Palawan's summer.

How I missed talking with my cousin Mike.

Our conversation is always full of sense.

I just hope I could go back on the first quarter of 2011.

Fireflies waved goodbye when we leave. 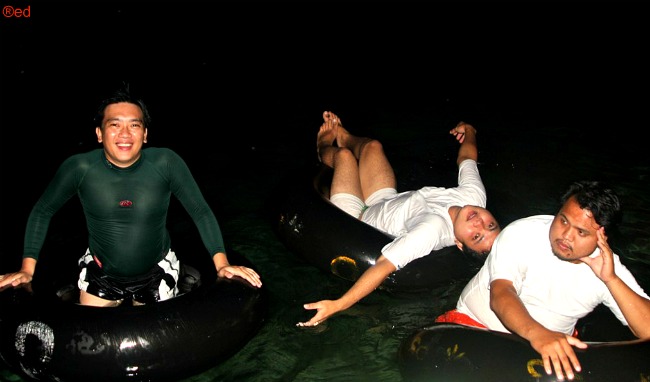 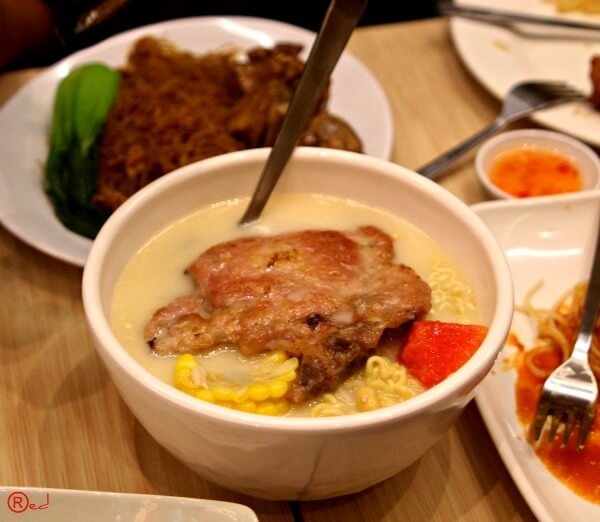 Pork Chop Noodles in Papaya Soup
Welcome Xinwang Hongkong Cafe!
The restaurant that houses asian street food favorites such as of Hong Kong, Macau, Shanghai and Singapore is now here in Manila.
Xinwang Hong Kong Cafe opened their first branch in the Philippines at SM Mall of Asia, next to the IMAX Theater last December 12.
As the name suggests, food was mainly Chinese,
From the recipes of the typical Hong Kong and Macau cafes,
to local Singapore favorites,
the menu line up has 200 dishes to choose from including some western choices despite it being a Hong Kong cafe. 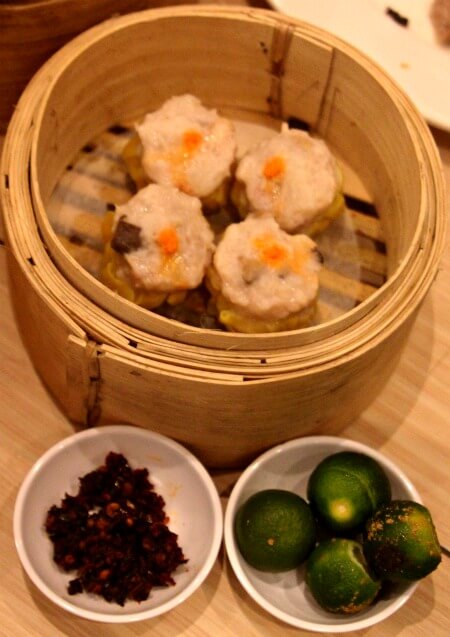 Simple recipes of the typical Hong Kong and Macau cafes, home recipes we grew up on, are available that will surely tantalize your taste buds.
We've tried their char siew noodles and spicy stuff such as Dry Chilli Noodle with Filled Fishball, Meat Loaf, and chicken chop served with fried egg.
The sauce is light and not too oily, with a nice chilli flavor. 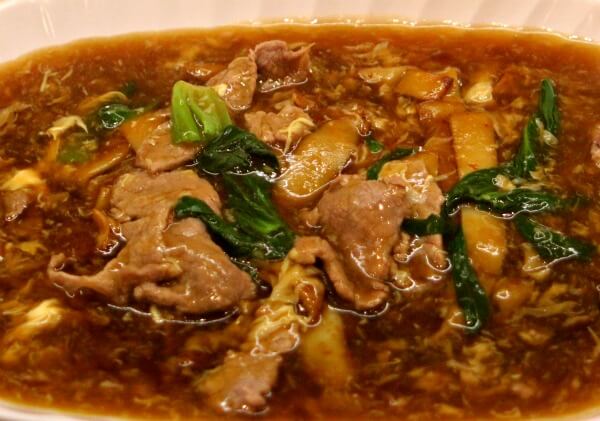 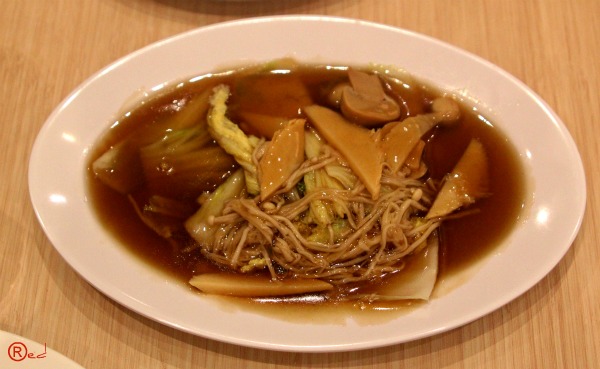 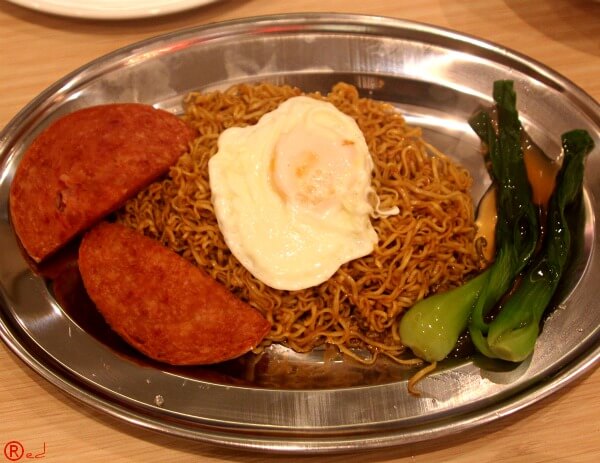 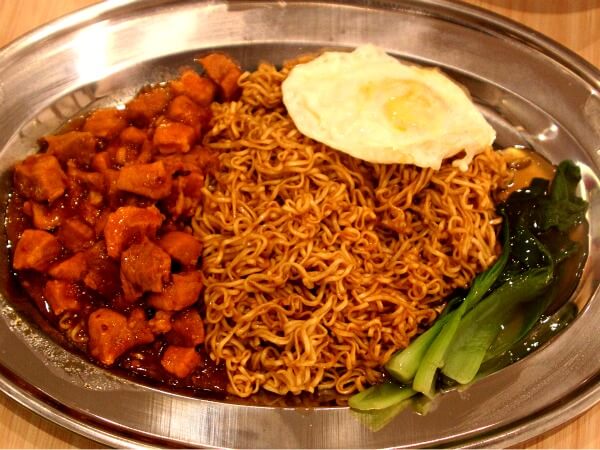 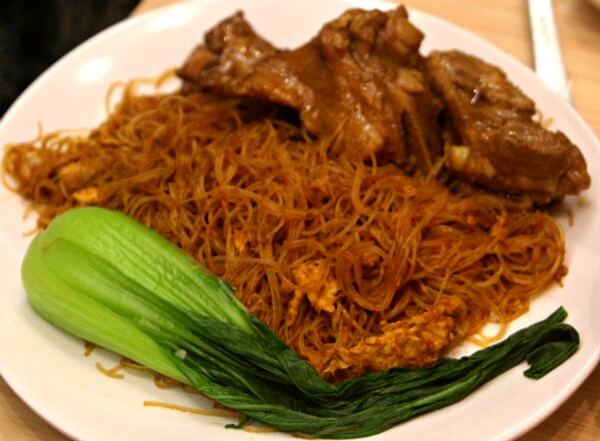 Pork Chop Noodles in Papaya Soup is a creamy broth, including corn on the cob and a hard boiled egg.
Crispy, hot, boneless and moderately spicy, their fried chicken is different because it has bagoong (shrimp/prawn paste). 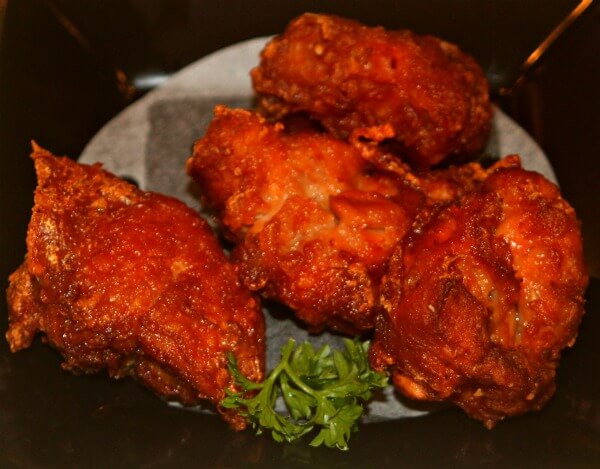 Prawn Pasted Chicken
Filipinos will definitely love Black Pepper Pork Chop w/ Spaghetti, sweet and sour pork with Hong Kong style tomato based spaghetti.
Their version of Fish and Chips has a big slice of fish fillet, it was quite filling. 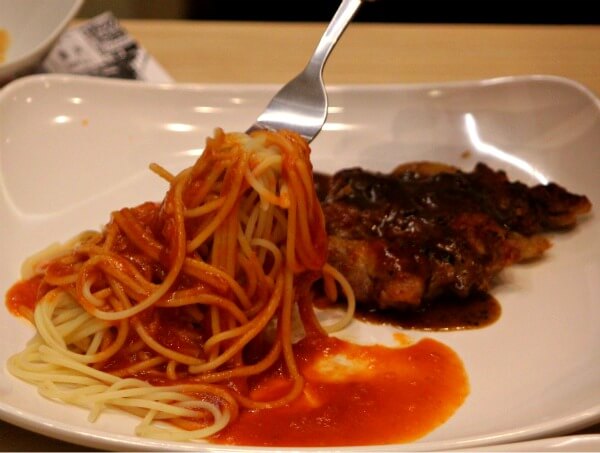 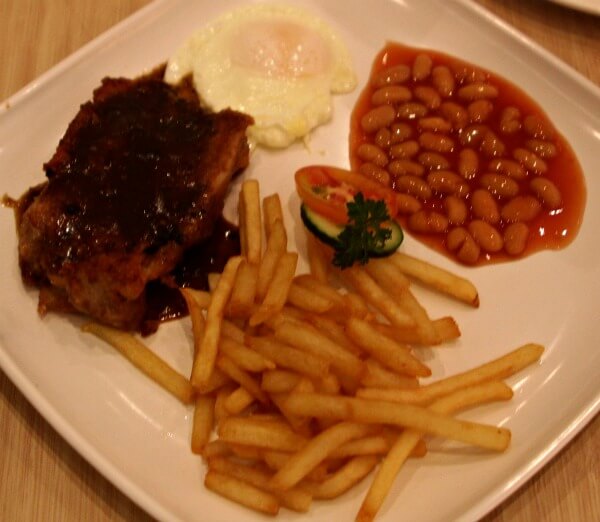