Jump Shots: A Must Have Holiday Photo in Boracay

If you hate everybody-look-at-me posts then this post isn't for you. You might have been told by your parents to ‘keep your feet on the ground’, lol! Rome thought that it is crazy to post this levitation photos online. But it was an outward expression of enthusiasm of their love for life. How can that be condemned? On his second thought, this are great photos to enjoy so why not share it to the entire world wide web? 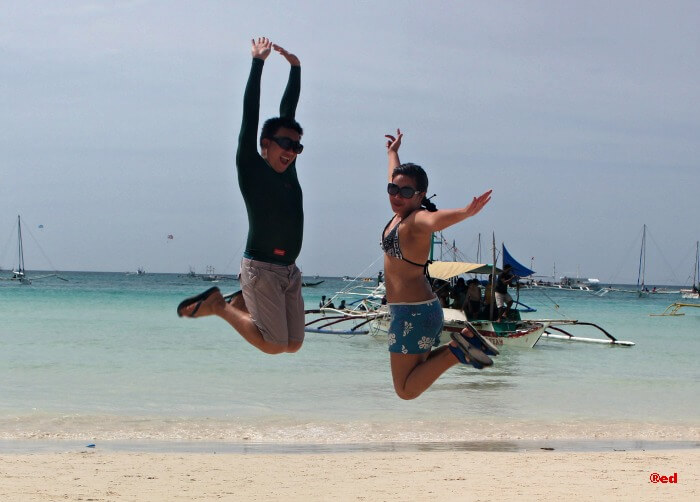 ...The bright sunshine reveled the real paradise as they were still on their holiday in Boracay. After playing with cute sea creatures, they headed back to shore on the same blue speed boat. Helmet diving was their first activity on that day and they cant just had enough. Through their strong connections with Jaycess which Carl and Josh were both became head officers, they managed to get a travel guide and arranged them with quick itinerary throughout the day. Next stop would be a visit to the nearby Crystal Cove Island, they were told. 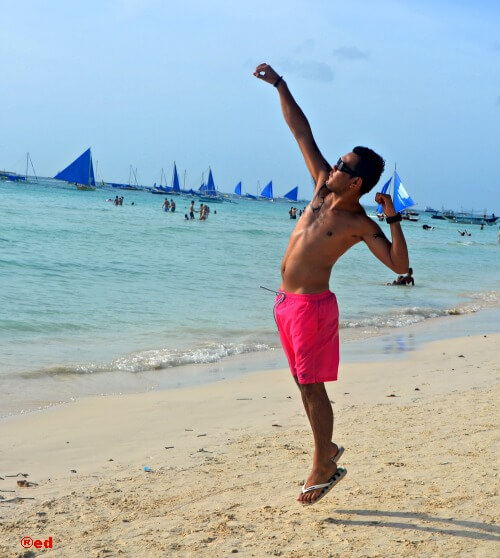 While waiting for a larger boat that would bring them to the island, they sat basking in the brilliant sunlight on the world's famous shoreline. Rome ordered his favorite iced green tea latte and two mocha frappuccino for his two friends in the nearby Starbucks to cool them off while sharing memories of old and happy times. Carl on the other hand, had different idea on his mind: To take a jump shoot photos. 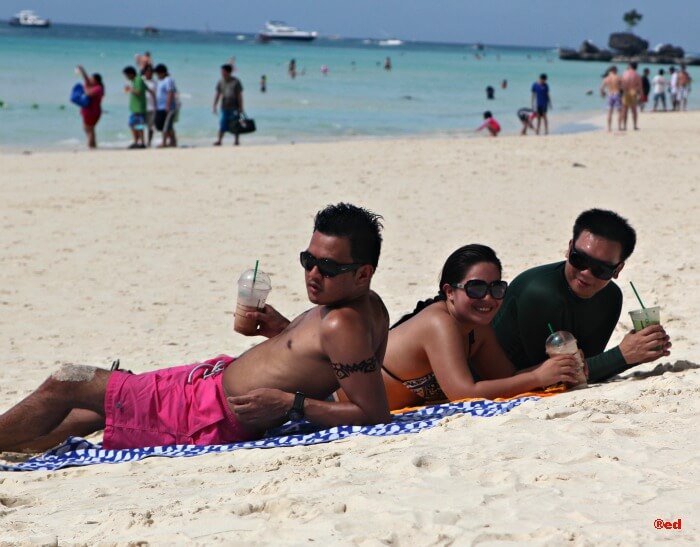 No, the idea was not for teenagers and young  holidaymakers only. It is a must have photo in Boracay. Checking their summer outfits  in between snaps to looks just right and practicing their smiles beforehand, they frolicked on the beach and jumped hundred times for a picture perfect holiday.
The pictures are just too good not to share, imagine their expression looking at it in their later years.