Take a Kayak Ride: An Exciting Marine Sport in Bellarocca 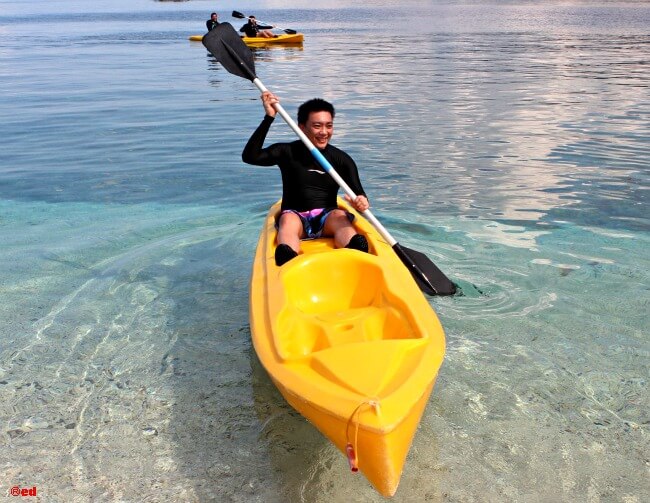 Bellarocca's grandeur does not just end with elegance and luxurious comfort. The Resort has a long list of attractions, activities and recreations. From laid back to wild, group to alone traveler, age doesn't matter, you'll definitely find an interesting activities to engage on.
--oo0oo--
This was the second of their three day Bellaroca trip. Rome's group, sporting on their rash guards, who wanted to to be where the grown up action was - by which means engaging for thrill and marine action, headed to Bellaroca's shore to take a kayak ride. Colorful kayaks on the shore waiting to be pulled-up onto the sea uplifted their spirits.
The waves were pleasantly gentle, sky was clear, sun was endless and the inviting ocean was so pristine in different shades of blue. The couple, Alvin and Peachy along with their princess enjoyed paddling in blue water. Ykaie giggled in excitement when her Dad speed up their flailing vessel. 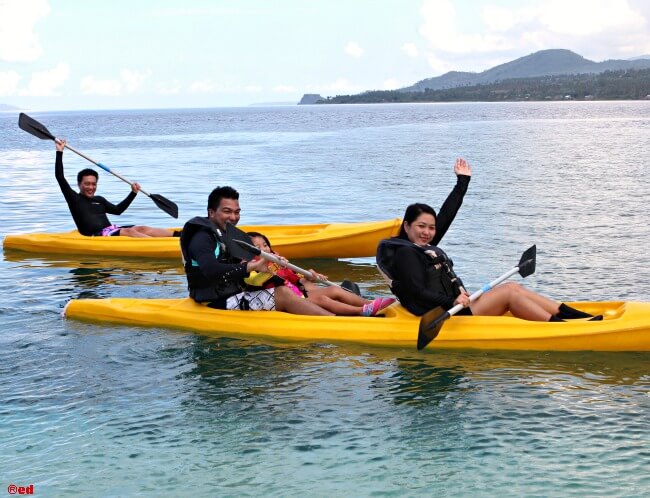 Rome, the son of the beach thought Kayak is his brother "wild time", he said. He longed for this experience for such a long time. He has a talent in paddling back in his Palawan days where he was raised. He kept his eyes locked on the horizon, still showing great paddling form. Deja vu of his childhood kicked-in as he paddled away from the shore.  He decided to come back when he reached the pier. The experience brought back memories of the past and established a brand new one. 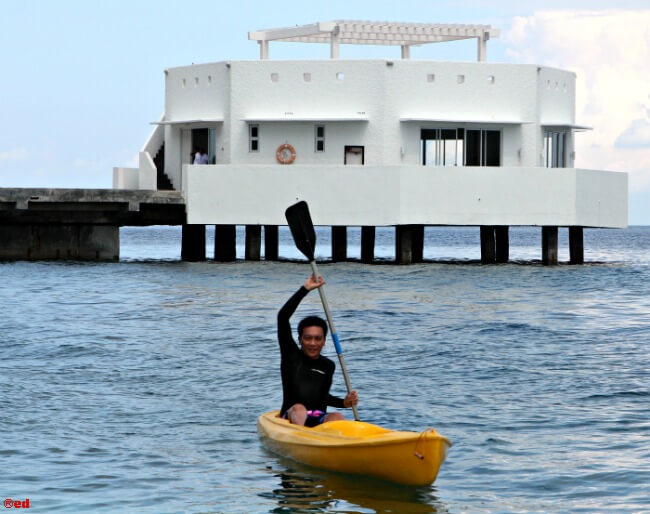