My photo contributor and friend who is working as IT support in London is travel ling all over Europe. I received pictures of beautiful places in Europe she sends through email. Edinburgh castle is so magical. I’ll be posting it on my travel blog, Gest to Utopia after a series of posts and more stories from my own travel in Hong Kong and Shenzhen, China. My friend wrote that she misses Filipino food already. It has been two years since she left the country. I told her that I’ll be posting Filipino cuisine next week and she could just feed her eyes, lol! I decided to start my recipes with easy and famous Filipino breakfast menu. I already gathered interesting recipes and some twist to the original and traditional Filipino breakfast. "Silog" meals will be the picture of The Cuisineuer starting on the 15th of August after I move in to my new unit. My favorite among Filipino breakfast is the "tapsilog". It consists of "Tapang Baka" (Fried Beef jerky), "Sinangag" (Garlic Fried Rice), and "Itlog" (Fried Egg). What I’m going to share could be the Tapang Kabayo (Fried horse meat jerky) instead of beef because it’s more flavorful. Wait until I post it.
on 25 July No comments: 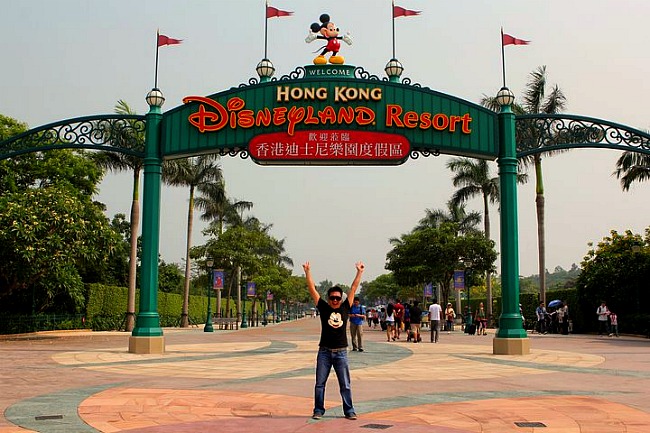 This post is my last entry for our Disneyland adventure. Though we weren't able to explore Adventureland because of limited time, I just thought of sharing other attraction we explored in this favorite theme park. I'll reserve Adventureland on my next visit. 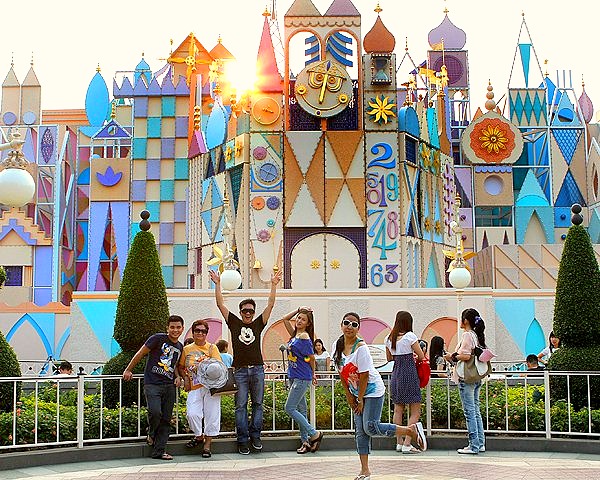 "It's a Small World" is a sail in an imaginative journey you'll definitely enjoy scenes through different cultures far and wide. You'll experience the joy and wonder of creatively costumed dolls, elaborate sets, unforgettable music and favorite Disney characters. True indeed from Famous Inspirational Quotes, its a small world after all.. 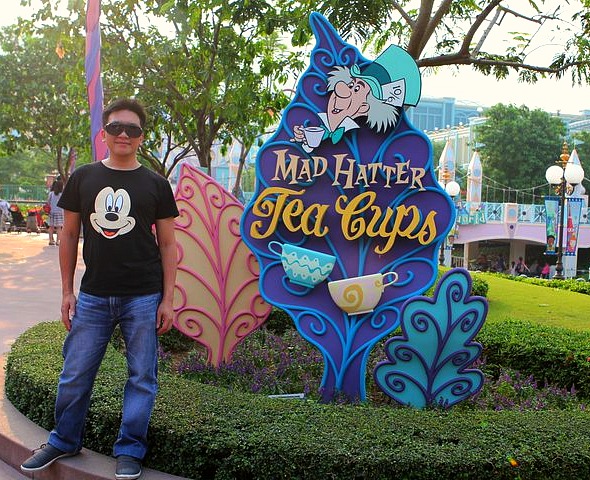 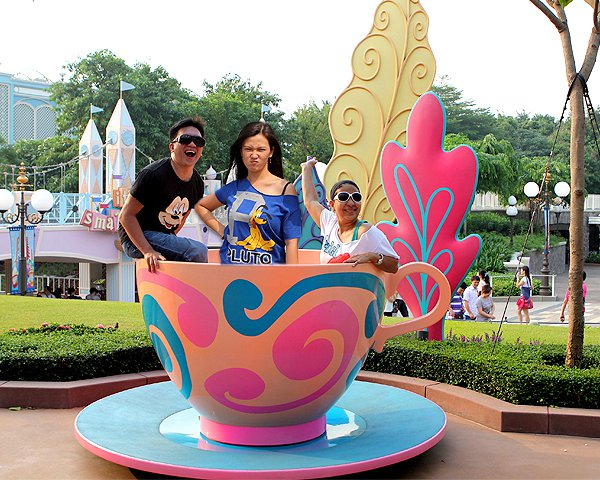 Mad Hatter Tea Cups, the wackiest tea party this side of the rabbit hole. The befuddled and riddle-posing Mad Hatter from the children's book and classic Disney film, "Alice in Wonderland," wants you to go for a zany fun-filled spin in an oversized tea cup. This interactive party ride can spin wildly or remain gentle, it's up to you. 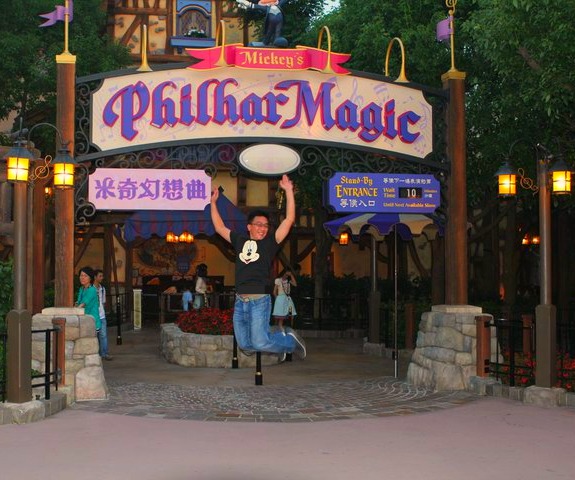 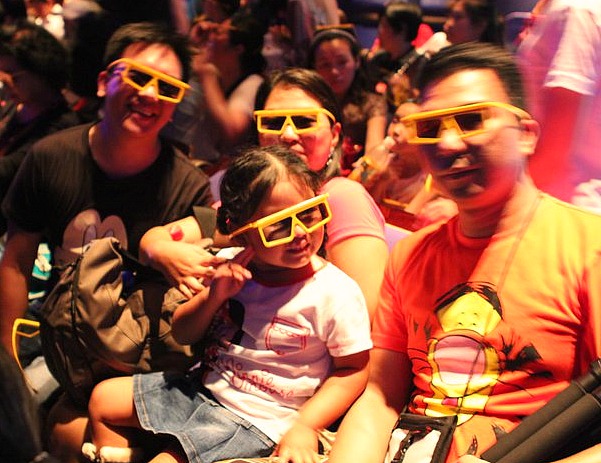 The three-dimensional at Mickeys Philhar Magic. A journey through some of the most memorable moments in Disney animated films. Meet princesses, villains and beloved heroes up close in this silly symphony of surprises. It's a hilarious adventure through movies, music and mayhem. 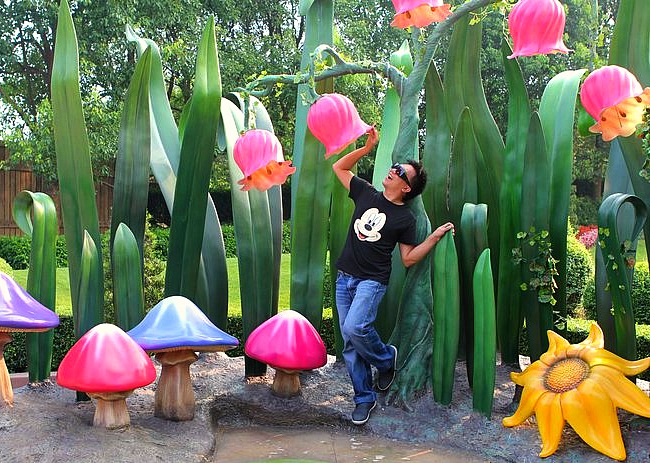 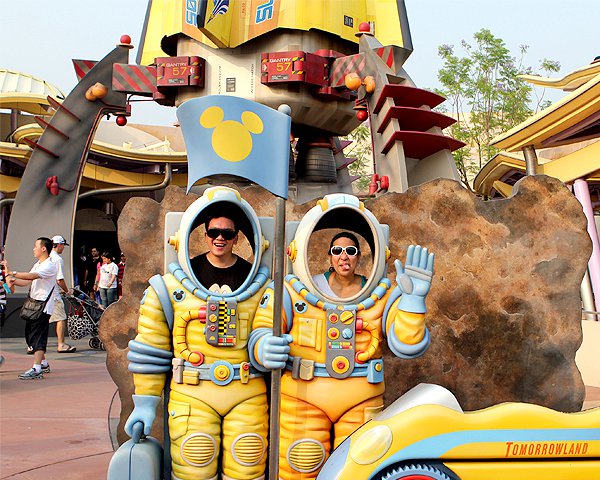 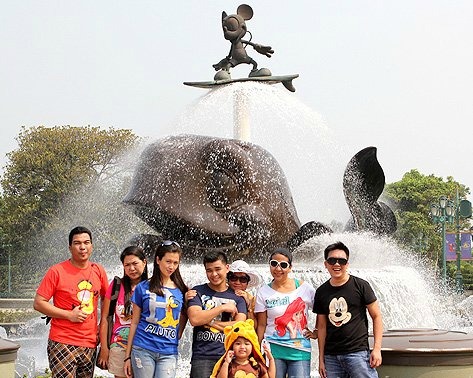 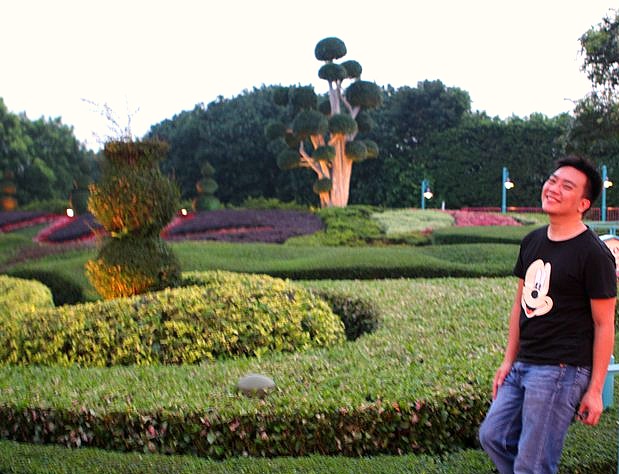 Fantasy Gardens and Miscellaneous photos: We encountered our favorite Disney heroes and heroines in these lush fantasy gardens. Come prepared with your cameras and autograph books because you may well be greeted by a princess, like Cinderella; a warrior, like Mulan; or one of Mickey Mouse's pals, Goofy, Donald or Pluto.
on 25 July No comments:

These are the Japanese food that my chef friend wants to share with you guys.  Japanese foods are not only pleasing to the eyes but also to your taste buds.  My chef friend who is a bodybuilder too is not only dependent to whey protein but also to these famous Japanese masterpieces.  Japanese cuisine according to Wikipedia is based on combining staple foods, typically rice or noodles, with a soup and okazu dishes made from fish, meat, vegetable, tofu and the like to add flavor to the staple food. These are typically flavored with dashi, miso, and soy sauce and are usually low in fat and high in salt. Popular items are sushi, sashimi and teriyaki. Sushi, long regarded as quite exotic in the west until the 1970s, has become a popular health food in parts of North America, Western Europe and Asia. 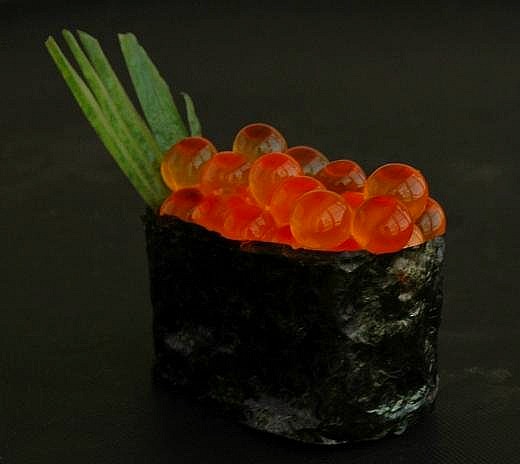 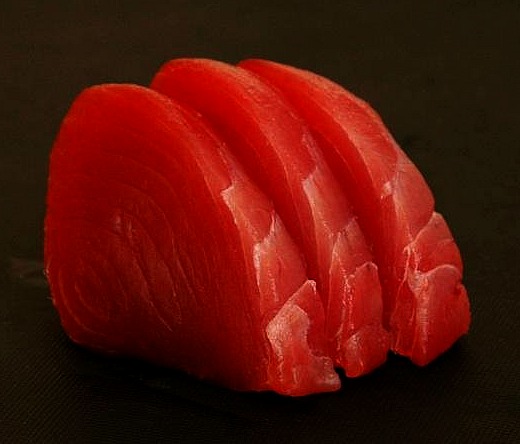 Maguro Sashimi - fresh sashimi grade yellow fin tuna. It has a tender and mild flavor which is great for searing or eating raw. 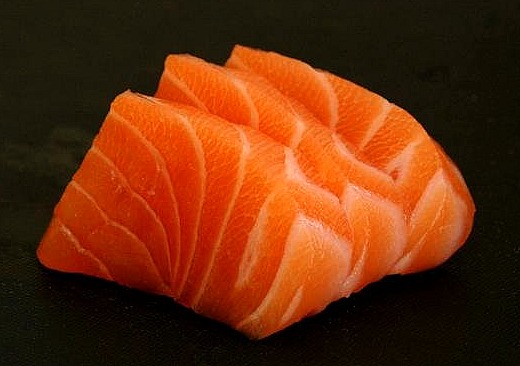 Salmon Sashimi - one of the most colorful pieces on the sushi or sashimi plate. It has a wonderful, unctuous texture like toro and yellowtail, but (along with mackerel) much higher levels of Omega 3 essential fatty acids. 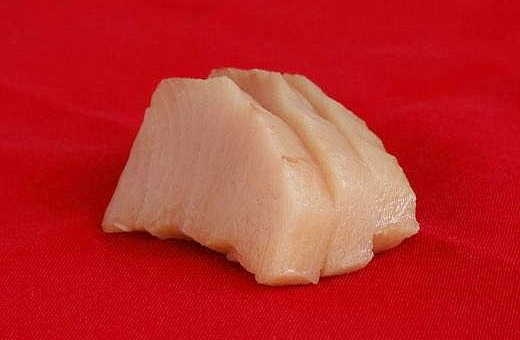 Sashimi Hamachi - made of young yellowtail (Seriola lalandi), is a gleaming, unctuous, firm, pink-hued fish, one of the most flavorful. Often served chopped in a roll with with scallions (negi-hamachi).

Ten temaki - A temaki is a cone-shaped hand roll. Add the name of any fish or vegetable the word before temaki, and you will get that item wrapped with rice in a sheet of toasted seaweed. 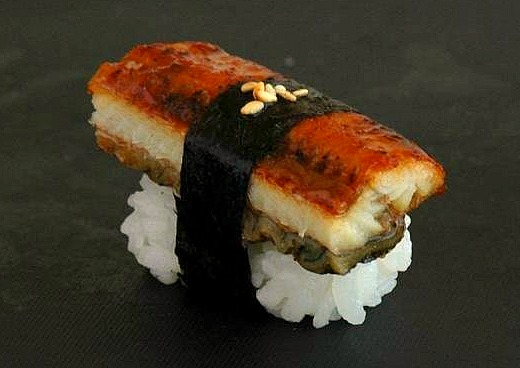 Unagi Sushi is Freshwater eel, which is richer than salt water or conger eel (anago). Eel is not served raw, but is pre-boiled, freshly grilled prior to serving and brushed with a rich sauce called kabayaki tare. 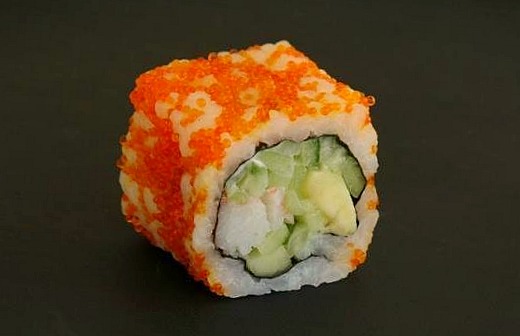 An American invention, the original California Roll was made by Ichiro Manashita, a sushi chef at Tokyo Kaikan restaurant in Los Angeles, around 1973. He incorporated avocado, cucumber and fish cake into a roll,  he hid the seaweed, which many Americans did not like, inside a layer of rice.
on 25 July 1 comment: