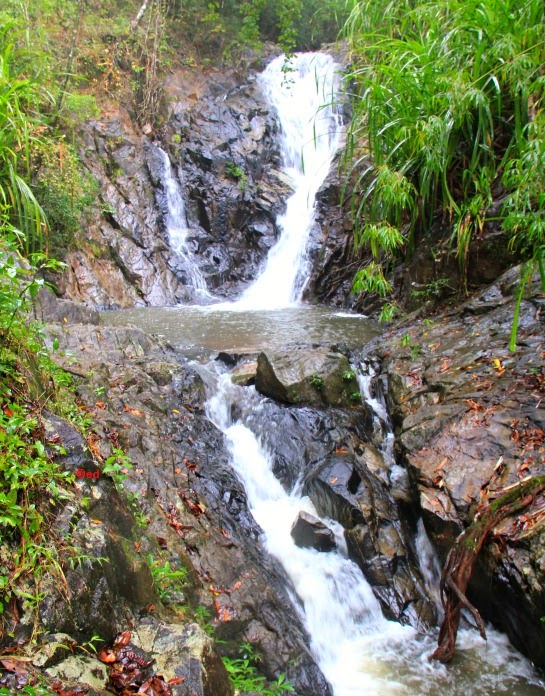 In a shrinking world where the beautiful Municipality of El Nido receives hundreds if not thousands of visitors a day this summer, the Nagkaalit-kalit Falls remains less-visited and a semi-secret attraction in the UNESCO's managed resource protected town filled with hidden caves, limestone cliffs, colorful coral reefs, crystal clear sand beaches, blue lagoons and incredibly friendly locals. Seeing it won't earn you a plus star of "has been" but you really can claim to be a globetrotter extraordinaire.

The last time Rome and Trixie went here, all island tours were cancelled because of Tropical Storm Kajiki (Typhoon Basyang) hitting the municipality. With nothing to do, they decided to trek to the falls. Trekking to Nagkalit-kalit Falls is one of the alternative inland tours in El Nido whenever weather and maritime services issue gale warnings.

Swizz tourist Daniel and his Filipina girlfriend Jazmine who were also trapped at Cliff Tower Apartelle joined them in an attempt to paint the gloomy day full of colors. Rome’s cousin and owner of the apartelle , Mabel, arranged for the trip at Php 350 per pax including a visit to an inland beach. 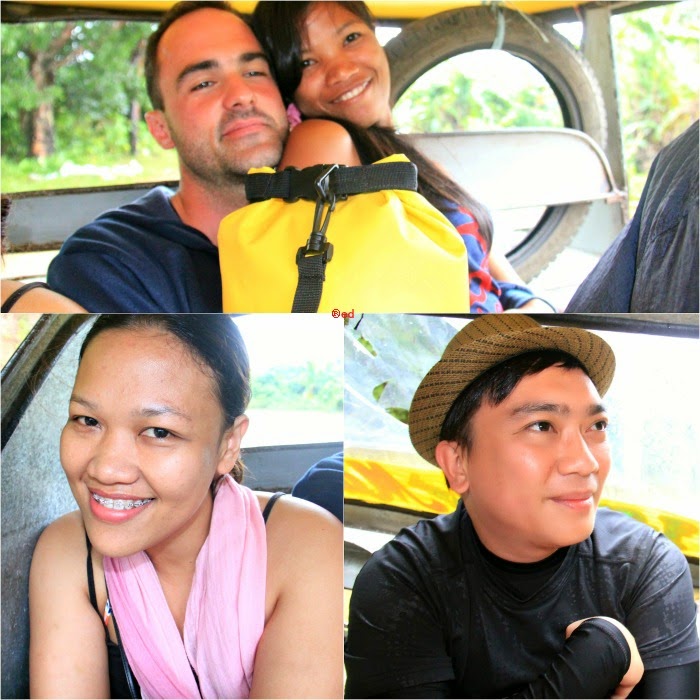 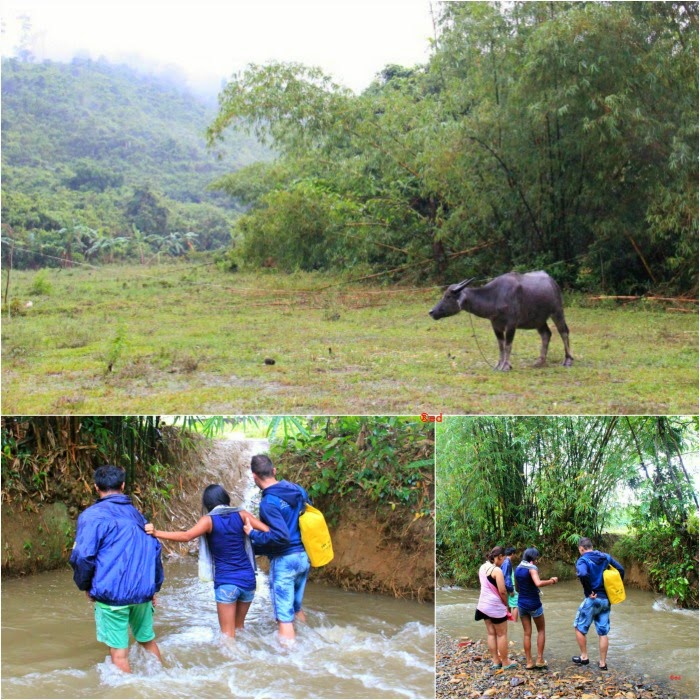 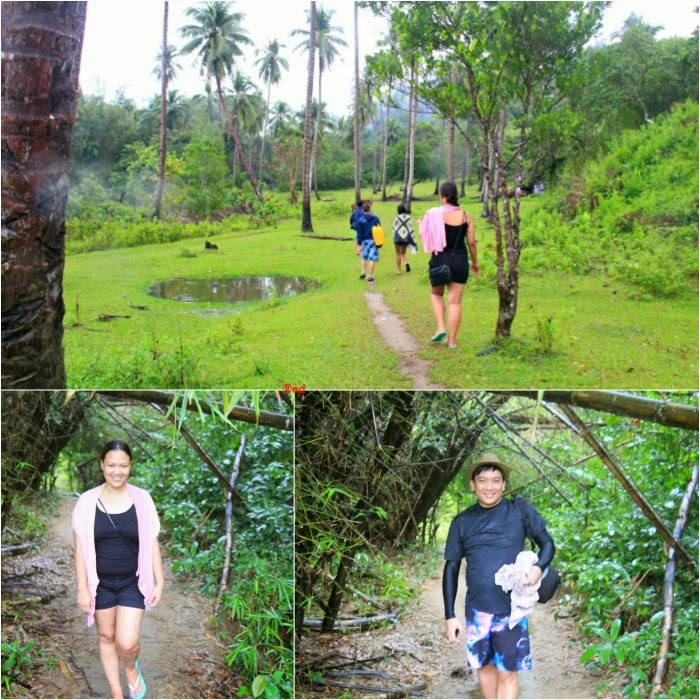 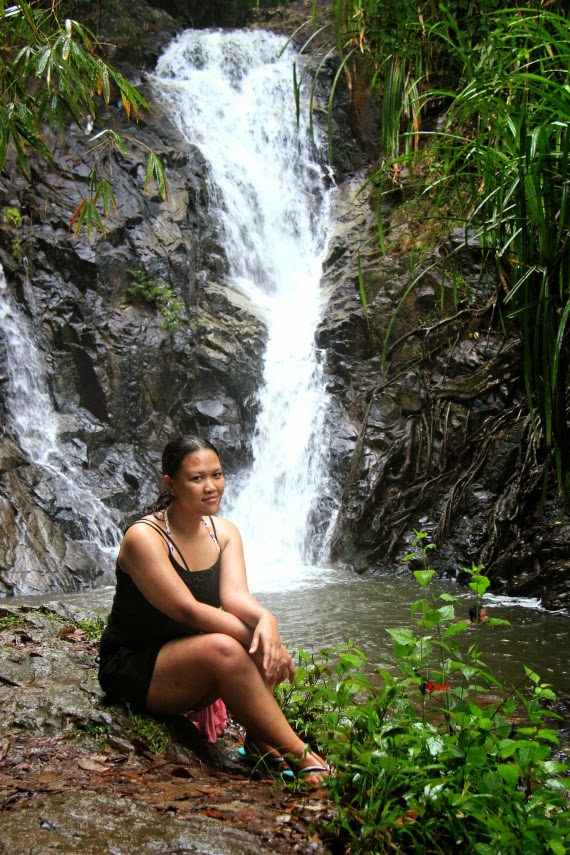 More walks and there it is! A small and humble waterfalls that is about 10 meters high. Not as majestic and just a raindrop as the others he have seen. David tried to dive from a rock and swim through the cold water. They stayed for almost 30 minutes watching the cascading waters while eating their snacks and photo shooting.

For Rome, their adventure to Nagkaalit-kalit Falls was refreshing enough but didn’t seem remarkable. The limestone-surrounded lagoons and long stretch of beach beauties in El Nido live up to their legend... and that's where I bring you on my next blog posts. 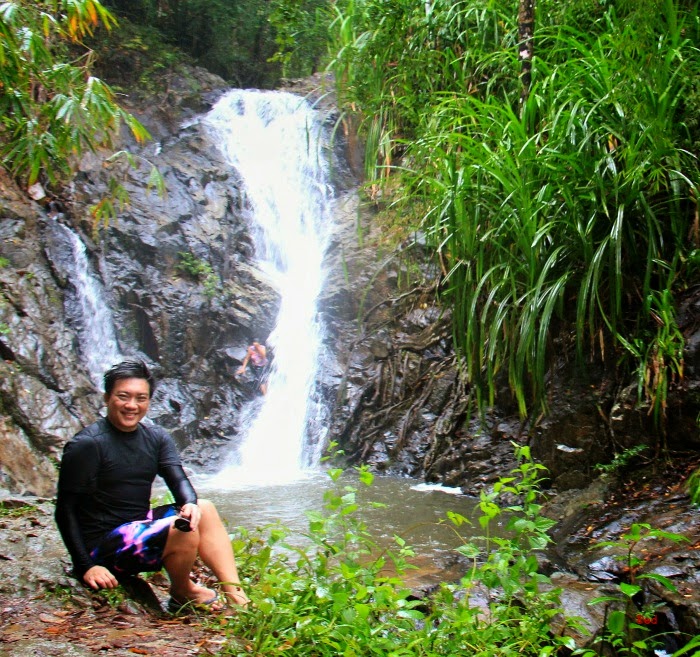