Ramen Plus from The Maya Kitchen

Japanese Master Chef Seiji Kamura chopped and sliced, simmered and boiled as he shared tips and secrets on how to cook various ramen at The Maya Kitchen recently. Miso Ramen, Shoyu Ramen, Hiyashi Chuka and Yakisoba were all presented with that special touch that only a Japanese cuisine expert can lend.
Try your hands in preparing this flavorful Hiyashi Chuka in your own kitchen. 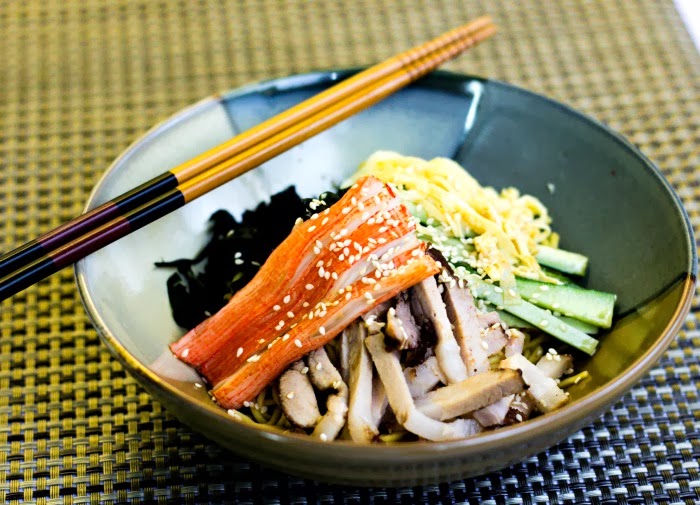 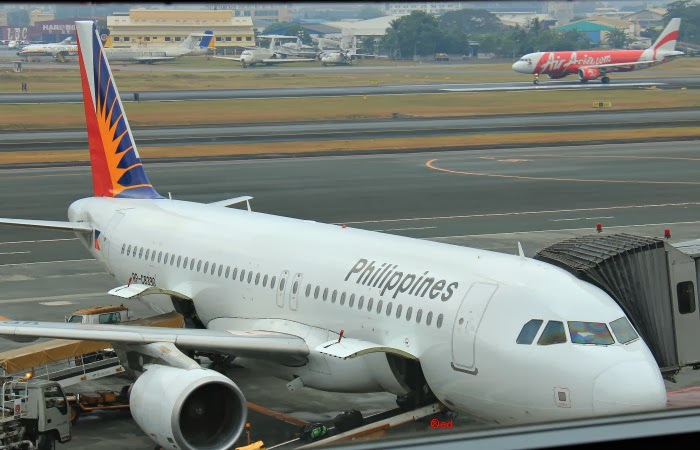 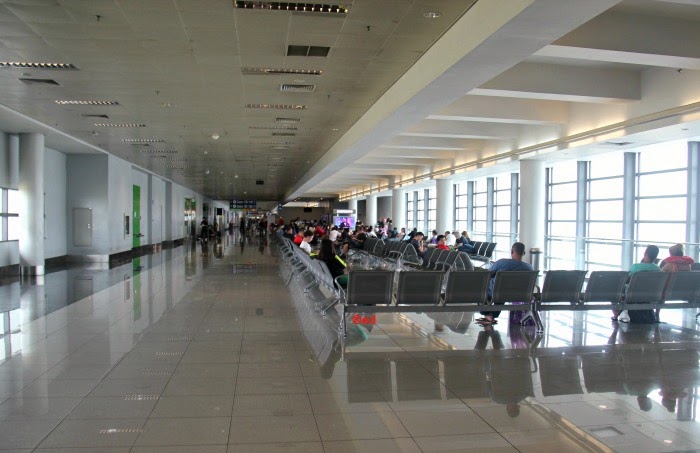 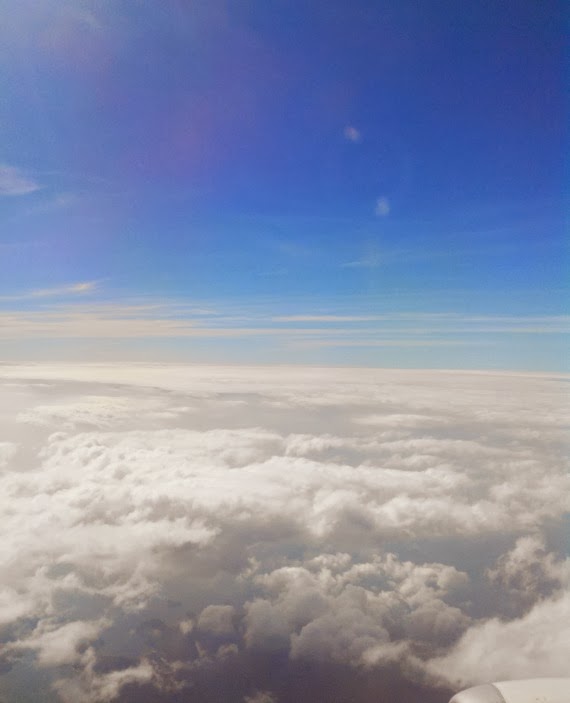 Philippine Airlines’ aircraft flew higher away from the clouds that cause turbulence. We float above the clouds and had a seamless flight. Accommodating airline crews served brewed coffee, tea, mineral water, greaseless peanuts and skyflakes in the middle of an hour flight to my lovely provincial capital, Puerto Princesa City. Before landing, the plane circled the famous Honda Bay with it islands and islets dotting the blue waters, giving the European tourists behind me a trailer of a grand vacation.
We arrived safe and a bit early from our scheduled arrival time. The crews and the passengers were both organize and sensitive as we disembarked. It was indeed another memorable and enjoyable flight.
on 20 February No comments: 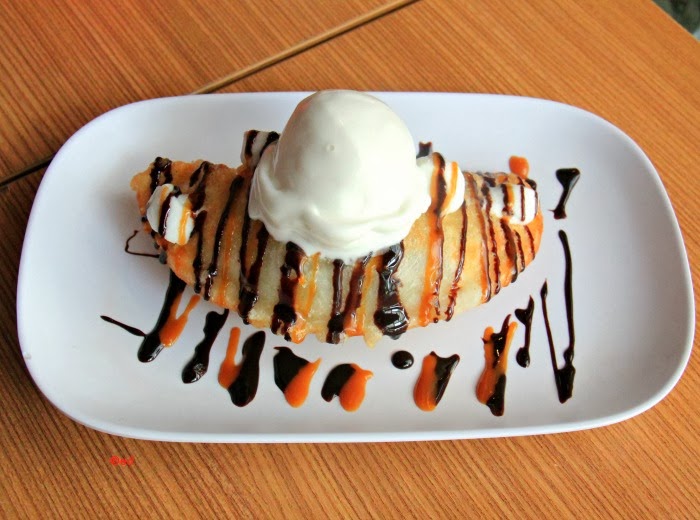 BonChon, which means “original village” in Korean has been so mysterious to me.  I've been hearing a lot of buzz about their garlic-and-soy chicken and I was dying to try it for over a year but never realized until last weekend when my brother and I decided to meet up in Ayala Triangle Garden branch to discuss family matters.

BonChon Chicken is a contemporary Asian/Korean-American QSR (Quick Service Restaurant) cuisine that highlights the Korean–style crispy fried chicken claimed to be super crispy yet light and not greasy, with hot moist juicy meat, sauced with its classic soy garlic or spicy glazes. 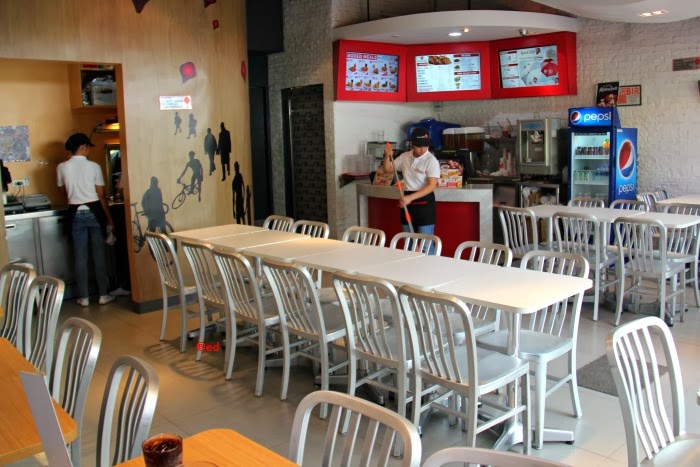 The Korean franchise is the only fast-food restaurant in the strip of restaurants in the garden.  A typical fast-food restaurant, it occupies a clean and fresh ambiance with artworks adorn the walls, there's an al fresco area facing the lush garden for a more fun dining experience. 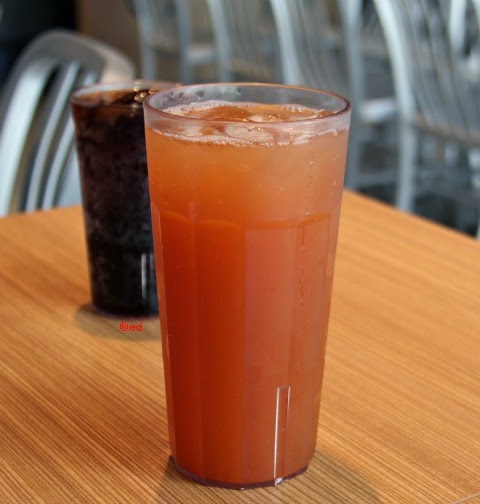 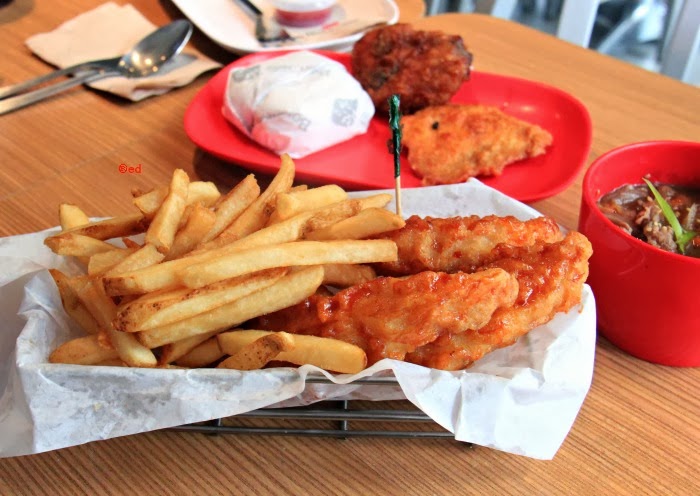 Although it does take a little while for the chicken to cook, we ate our appetizers in the meantime. We had Fish and Chips, the deep fried cream dory fish was too hot and very spicy but the fries are great.

Bulgogi Noodle Soup is a must try, very tasty! 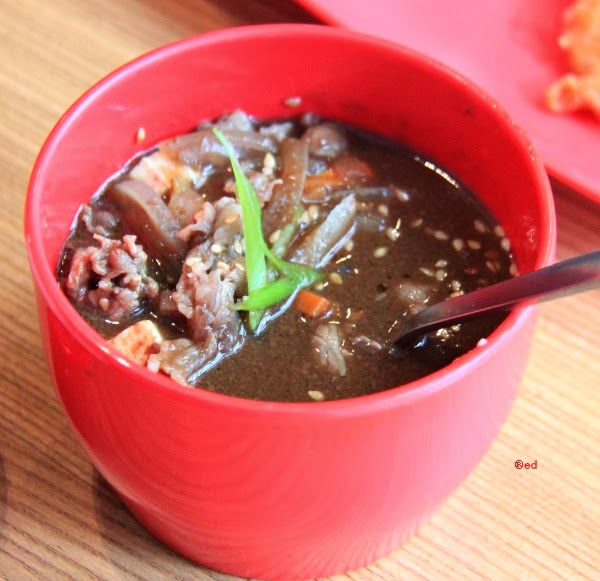 Served with rice, my perception of its well-known chicken when I finally got to try it was met with its pungent sweet-savory soy garlic sauce, moist juicy meat and crunchy texture. Portions are smaller and prices are little more expensive than Mcdonald's and KFC though. 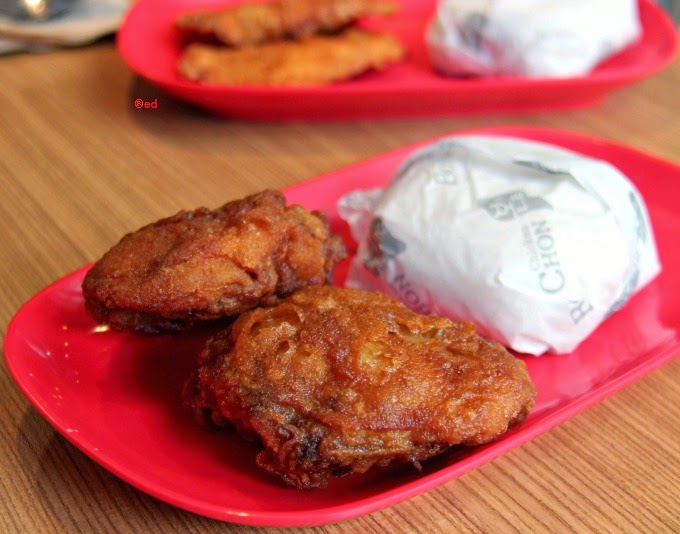 We also tried their pork chops, looks good but nothing spectacular when it comes to taste. The pork slices were too thin and a bit expensive at Php 149.00 for 2 pcs. Minimal table service was extended in spite of BonChon a fast-food and self -service restaurant. 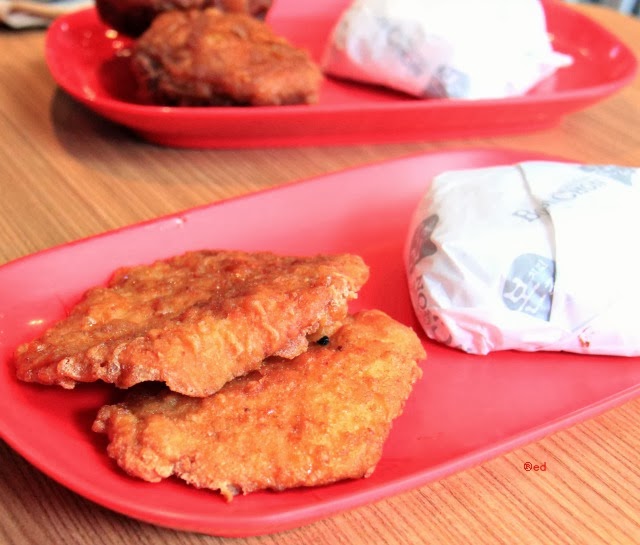 Ending our brunch with Apple Caramel Crispy Crepe made our dining experience sweet and appreciable.

on 19 February No comments: 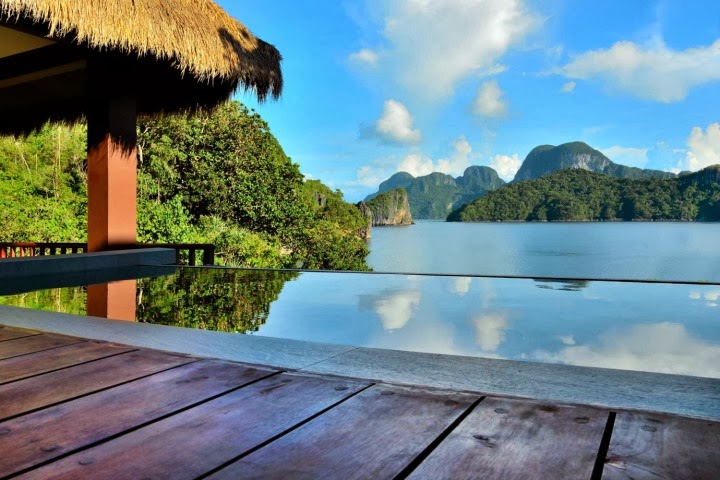 A travel whisperer told me that there's another luxury resort opening soon in the shores of El Nido in the province of Palawan early this year. 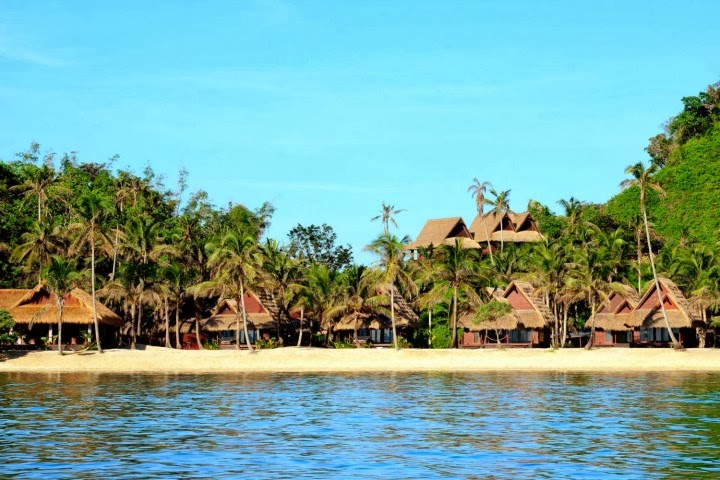 The municipality of El Nido, located in the northernmost tip of Palawan is already famous vacation and honeymoon spot among Filipinos and foreigners alike. With its karst and majestic limestone formations, empty blue lagoons, marble cliffs, prehistoric caves and waterfalls, El Nido has been cited by CNN as one of the 100 best beaches in the world (14th place) recently. 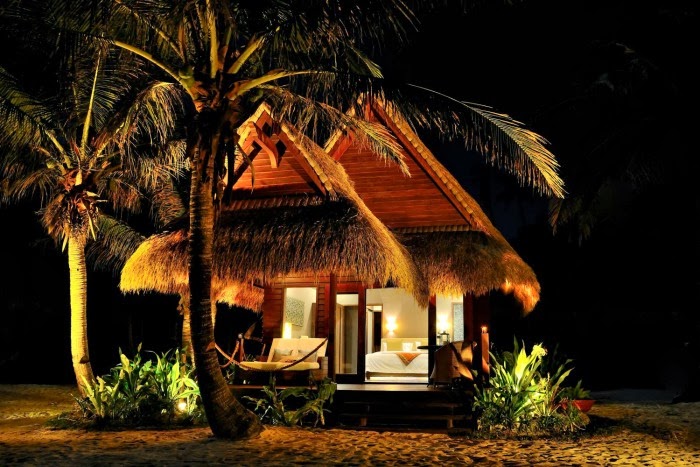 Admiring the photos on their website, the resort has a tropical ambiance and the luxurious Villas have stunning scenic view of the sea and sky. The Cauayan suite villa, perched on top of the hill has the most majestic 360 degree view of the island. As of writing, Cauayan Resort is being completed and not yet accepting reservations. But you can check out promising pictures on their website and facebook account. Should you want to visit the Fuego managed resort, you can leave your contact information on their website and they will notify you as soon as the resort become operational. 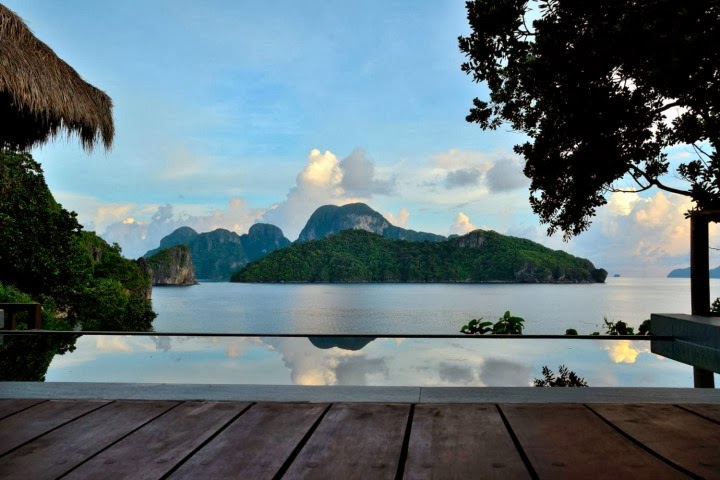 Photos from: www.cauayanresortgl.com
on 17 February No comments: 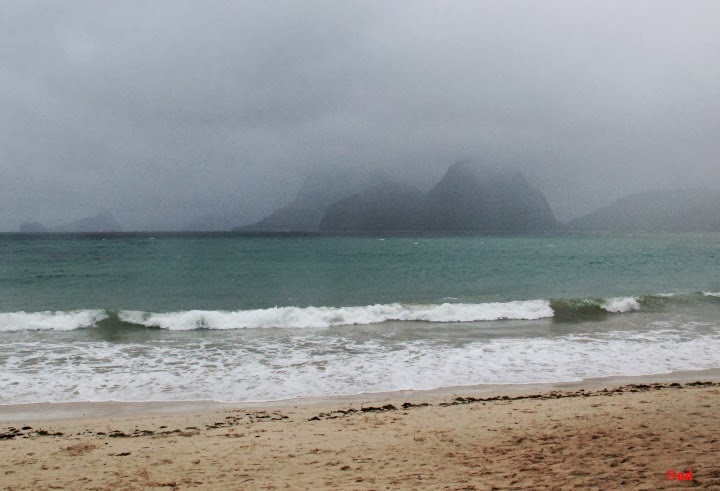 on 15 February No comments: 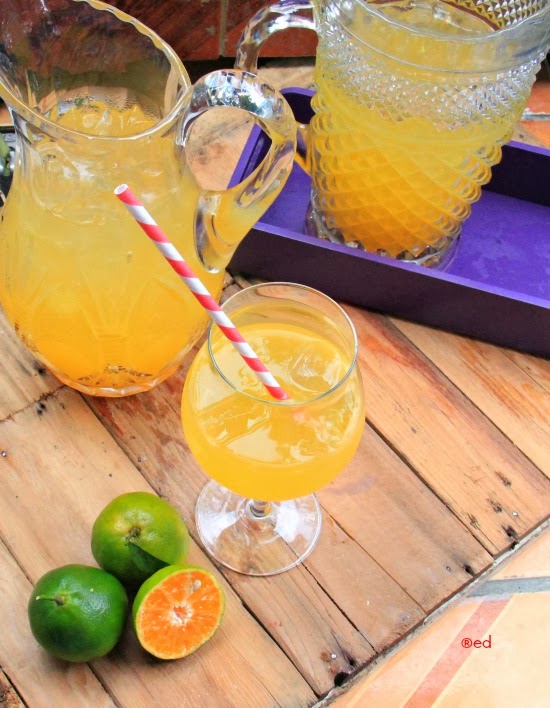 Dalandan or Sour Orange is still in season and priced at just Php 20 per kilo at the market yesterday. I bought 2 kilos of fresh Dalandan for juicing. It is high in Vitamin C and help boost the immune system, perfect defense for contagious sore throat and flu in the office brought by the unpredictable weather.
Wash 10-15 pcs Dalandan fruit very well, slice fruits in half and squeeze in vintage glass pitcher. Add syrup or white sugar to desired sweetness. Add 1 liter of cold water, stir it up and serve over lots of ice.

on 12 February No comments:

on 09 February No comments: