The country's most prestigious beauty pageant has a lot of  changes this year. First, they chose a new media partner it will be showing on ABS-CBN instead of GMA. The Grand Coronation Night will be held in Araneta Center, airing on April 10, 2011. Second, the Binibining Pilipinas Charities Incorporated has announced the top 40 official contestants for this year. The decision to select 40 instead of the usual 24 was made due to strong line-up of applicants this year. Click here to view the Binibining Pilipinas 2011 official candidates. 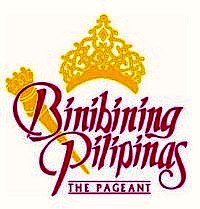